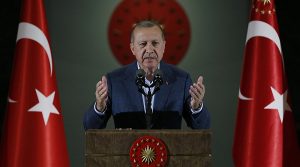 Turkey’s political pendulum has swung between hard and soft power for the past three decades and there are clear indications that we are now witnessing it swing once more.

The young nation, founded in 1923, spent its first few decades recovering from World War I (where it was a part of the losing Central Powers) and its subsequent independence war (where it managed to establish itself as a new republic). During this time, successive governments devoted most of their attention to defining the nascent republic’s identity and sorting out its internal affairs without much interest in asserting Turkey’s influence on the international stage, largely sitting out World War II and adapting a docile pro-US policy in the Cold War that followed. However, when trouble that had been brewing both at home and abroad finally came to a head in the 1970s and 1980s, Turkey responded primarily using hard power: it invaded the northern half Cyprus in response to the deteriorating situation of the Turkish Cypriots, engaged in a mutual escalation of tensions and military buildup with Greece over the Aegean Sea, not to mention became embroiled in a confrontation with the PKK guerillas in the eastern part of the country that resulted in tens of thousands of dead and ravaged the local population and infrastructure. Internal issues were also dealt with by coup after coup, each one about a decade apart. During this time, Turkey’s tool of choice to address problems was clear: military might.

In the 2000s, especially with the election of the Justice and Development Party (AKP) who was eager to draw a progressive and liberal image both domestically and internationally, Turkey’s approach began to shift. The AKP required all the support it could muster in order to protect itself from being overthrown by the secularist military like every political party with an Islamist profile before it. Thus, it sought to appeal to the segments of the Turkey’s population who had until then been marginalized and oppressed, as well as the European Union to solidify its position. Elected on November 3, 2002, one of the first acts of the AKP-controlled parliament was to pass a law on November 21, 2002 relaxing restrictions on Kurdish-language broadcasting on state television and radio. Then-Prime Minister Recep Tayyip Erdoğan also threw his support behind UN Secretary General Kofi Annan’s plan to reunify Cyprus in a referendum in 2004 (though it was ultimately defeated by the Greek side). Incidents with Greece in the Aegean were greatly reduced.

In addition to that, the young AKP government also harbored not-so-secret ambitions to increase its influence on the international stage, particularly in areas that fell under the previous Ottoman Empire. It began to focus more attention on the Balkan countries through investments and education programs, and, for the first time, started to look to the east: the AKP government signed a free trade agreement with Syria (2004) and lifted visa requirements for Syrian (2009) and Lebanese (2010) citizens, improved its relationships with Iraqi Kurdistan to the point that up to 80% of the construction projects in this area were undertaken by Turkish companies, and signed 13 trade agreements with Iran between 2002 and 2012.

This was quite a dramatic shift from the past, when Turkish public opinion and policy regarded especially the country’s Arab neighbors as traitors due to their cooperation with the British during World War I, and was generally far more oriented toward the West. One of the main architects of this shift was Ahmet Davutoğlu, who served as then-Prime Minister Erdoğan’s chief advisor from 2003 to 2009, Turkey’s Minister of Foreign Affairs from 2009 to 2015, and Prime Minister from 2014 to 2016. Davutoğlu, who authored the book “Strategic Depth” (2001), which is widely considered to be the basis of his doctrine that steered Turkey’s foreign policy during these years, also coined Turkey’s infamous new policy: “zero problems with neighbors”. Under his direction, Turkey began to realize that its Middle East neighborhood might be an asset and became actively involved in the area, improving its relations across the region.

With this soft power offensive, the AKP government, and specifically Erdoğan, gained wide popular support across the Middle East. Turkey’s worsening crisis with Israel, first sparked in 2008 but which continued to deteriorate over the following years, also contributed to its positive image across Arab populations. But the real moment Turkey’s soft power surge in the Middle East reached its peak was in 2011, when the Arab Spring protests engulfed countries from Tunisia to Bahrain. Erdoğan enthusiastically supported the protest movements and went on a tour of Egypt, Tunisia, and Libya in September 2011, where he condemned dictatoships and called for “more freedom, democracy, and human rights.”

And this is when another not-so-secret feature of the AKP’s policies became even more explicit: its very close ties with the Muslim Brotherhood movements across the region. Spokesmen of Tunisia’s Muslim Brotherhood-inspired Ennahda Party who came to power after Zine el Abidine Ben Ali was ousted have said many times that they take the Turkish AKP as their example. Erdoğan supported Muhammad Morsi and the Muslim Brotherhood in Egypt, and was furious when he was overthrown by military general Abd al Fattah al Sisi in a coup heartily endorsed by Saudi Arabia. And Turkey and Qatar’s mutual support for the Muslim Brotherhood across the region have brought the two countries very close together. It was in these first few years of turmoil after the Arab Spring that Turkey’s policies, both domestic and international, took a sharp turn from using soft power to hard power.

On the international level, Turkey’s relationship with Egypt has been extremely strained since Morsi’s ouster and diplomatic relations are at the Chargés d’affaires level. In Syria, Turkey took a very strong position in support of the Syrian opposition (which included the aggrieved Syrian Muslim Brotherhood) against Bashar al Assad, which became somewhat of a personal matter for Erdoğan. In addition to supporting Syrian opposition groups from the beginning, Turkey became directly militarily involved in Syria with the Shah Euphrates Operation in 2015, Euphrates Shield Operation in 2016, and Olive Branch Operation in 2018. In Qatar, Turkey has deployed troops since 2015 and has steadily been growing its military presence there. In the 2017 Gulf crisis between Qatar and the rest of the Gulf countries, where the Gulf states accused Qatar of ostensibly supporting terrorism (Saudi Arabia declared the Muslim Brotherhood a terrorist group in 2014), Turkey sent Qatar food aid and supplies, as well as a small additional military contingent. Qatar returned the favor earlier this year by pumping $15 billion into the Turkish economy as the Turkish lira was tanking. Thus, as relations became increasingly strained and polarized, Turkey maintained its involvement in this region where it has centuries of imperial history, but ditched soft power in favor of mounting its military presence.

At home, domestic tremblors included the Gezi protests in 2013 and a very public fallout with Gulenists (the AKP’s long-time allies) the same year, the failure to gain enough votes to unilaterally form a government in the June 2015 parliamentary election, and surviving a coup attempt by the Gulenists in July 2016. Erdoğan has used these as a pretext to crack down on any and all dissent to consolidate his authority and stay in place: the Gezi protests were met with very harsh measures by security forces, Gulenists were hounded and rounded up across the country, heavy clashes took place in security operations against Kurdish guerillas across eastern Turkey as the peace process was thrown out, and several elected Kurdish politicians were replaced and many were put in jail.

Now that the AKP government has successfully changed the system in Turkey from a parliamentary to a presidential one, its continued rule is all but guaranteed. On the international stage, Turkey is no less involved in the issues of its ancestral lands and neighborhood than before, and is playing with a far heavier hand. With these developments, in addition to the eradication of the threat of being overthrown by the defanged secularist military, the crumbling of the EU accession process, and escalating tensions in the Middle East, an emboldened AKP government is now using hard power far more comfortably and liberally than before. 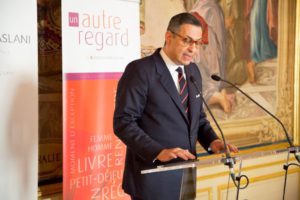 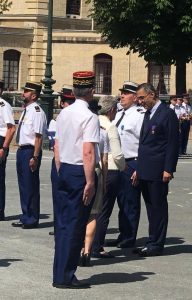 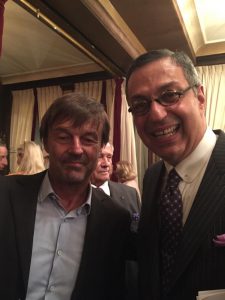 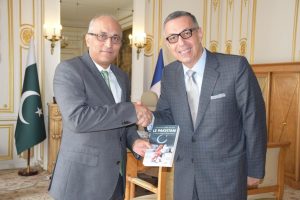 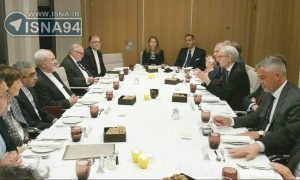 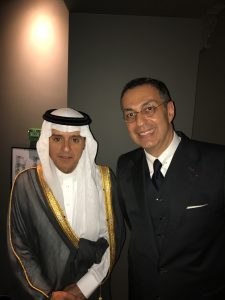 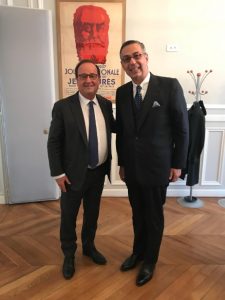 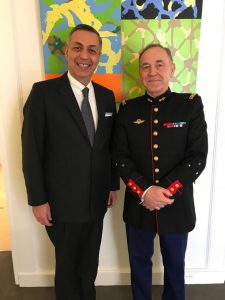 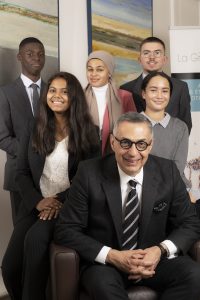 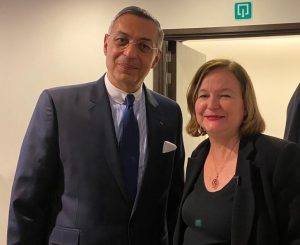 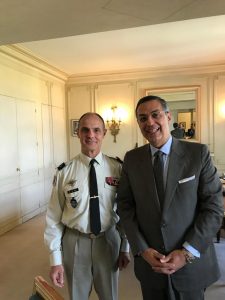 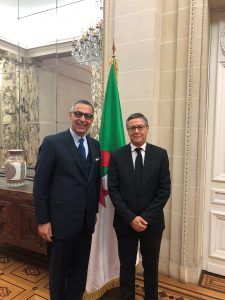 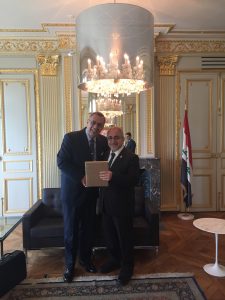 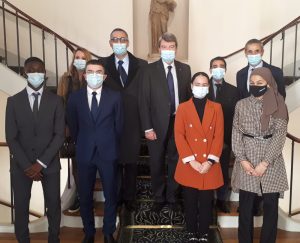 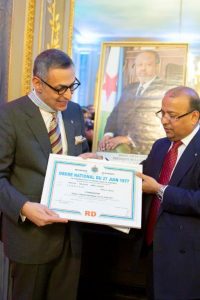 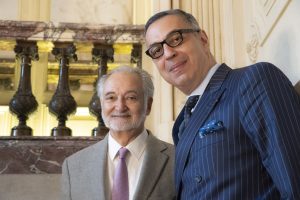